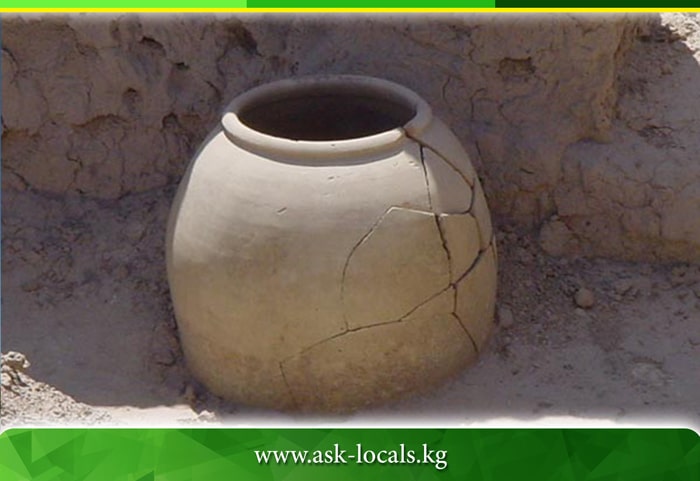 Day 1: Ashgabat
When you arrive in Ashgabat in evening D1 or early morning D2, it depends on airline, you will be transferred to the hotel where you can spend the night as well. Having a hearty breakfast you will visit “Old Nisa”. It is the National park of Parhian Kings which is also included in UNESCO Heritage List. Then we will continue the tour of driving to “Gypjak” Mosque and Mausoleum of the late President of Turkmenistan. You will have the opportunity to take interesting photos there. Later on we will drive to the State Museum of History. There are ancient artifacts of sites as Nisa, Merv and Gonurdepe and collection of Turkmen national carpets, outfits, jewelries, and antique weapons. There are 9 halls which present attributes of Athens, Eros, silver gilded griffin, horn-shaped ivory vessels-rhytons which belong to the Parthian era. You can also find there gold jewelries, medallions-stamps from Margiana and Buddhist artifacts as well. Travellers like to travel in Ashgabat due to ancient artifacts as fossilized piece of wood of the Paleozoic period which was found 270,000,000 years ago, also dinosaurs’ footprints and 820-kg meteorite which fell down in Kunya-Urgench in 1998. The night will be spent in the hotel. 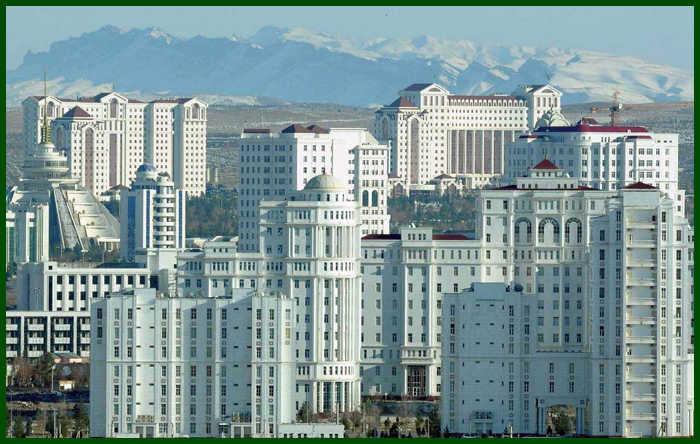 Day 2: Ashgabat – Darwaza
The tour will start by driving to the North of Turkmenistan where we can visit Bahardok village. Being there you will have the chance to learn more about Turkmen lifestyle as well as taste national dishes. Later on, we will visit the famous Gas Crater – Darwaza. You will find it in the North of Ashgabat. It is really exiting! Don’t miss to take photos there! It is also called “Door to the Hell”. If you want to see how it looks at night, just stay till evening and get impression of it! After that you will have dinner as picnic and spend the night in the tent. 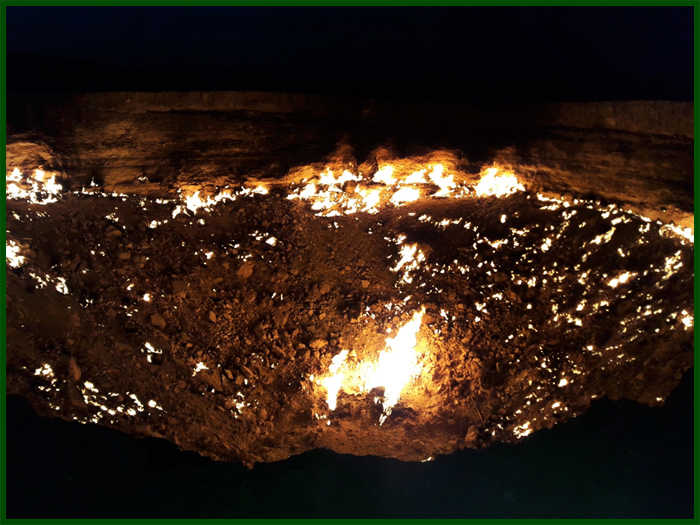 Day 3: Darwaza – Ashgabat
Today you will have the tour of visiting parks and monuments as “Ertugrul Gazy” mosque. Take the chance of visiting all sites and highlights in Ashgabat.  There are Cultural center "Alem", Arch of Neutrality, the Memorial complex, Independence Monument, Oriental bazaar, Horse Hippodrom  with Ahalteke horses and Wedding Palace building with Observation platform. See the best panoramic view of the city! Overnight will be spent in the hotel. 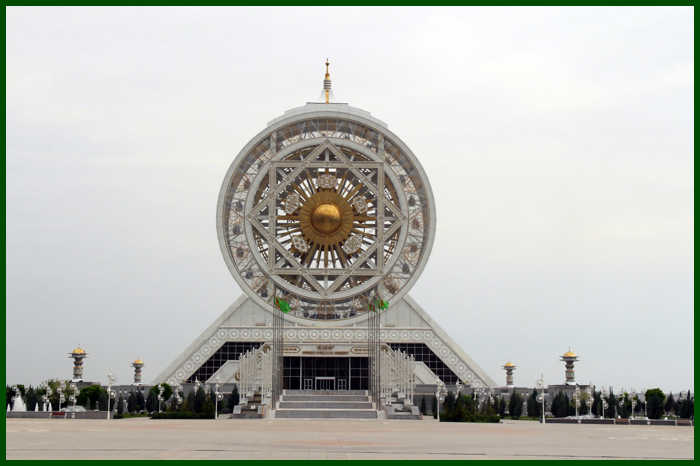 Day 4: Ashgabat – Abiverd – Nedir Shah – Mary
After breakfast we will drive to Mary region. The distance is 360 km. On the route you will visit ancient ruins belonging to the 15th century and called Seyit Jamal-ad-Din Mosque. This mosque was built in 1456 thanks to Mohammed Khudaiot. There is the Castle of Abiverd which is considered to be eighth historical reserves of Turkmenistan as good as Kunya-Urgench, Nissa, Merv and Dakhistan. You will find located between Ashgabat and Mary. In addition you will see the Castle of Nedir Shakh which belongs to Turkmenistan heritage. When we arrive in Mary region, you will have the night in the tent. 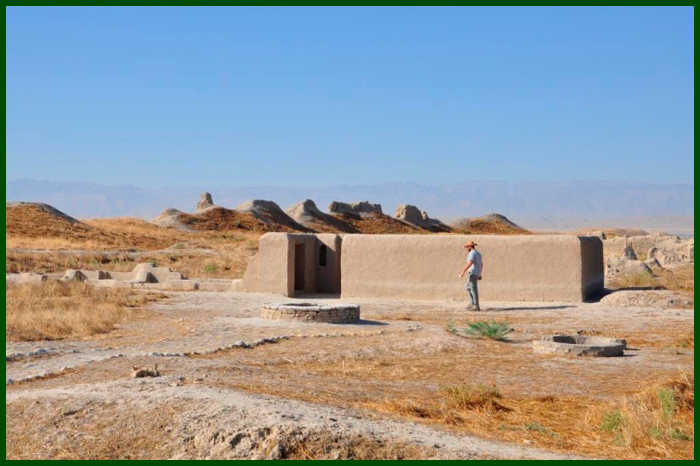 Day 5: Mary – Merv – Ashgabat
The day will start by having an excursion to Old Merv. It is located near the Great Silk Road and became one of the largest as well as biggest cities of the ancient world. Then we will have a guided tour to Gyz Gala, Erk Gala, Soltan Gala, Sanjar Mausoleum, Ibn Zeid Mausoleum. After that you will have the opportunity to visit the 5th center of civilization as Margush in the Karakum desert. Afterward we will back to Ashgabat city and spend the night in the hotel. 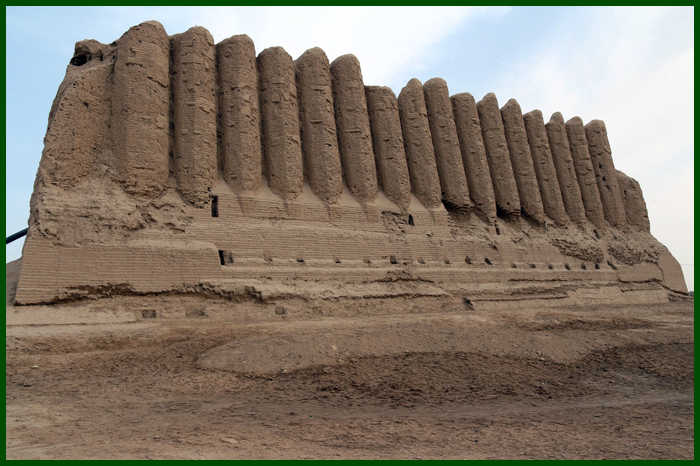 Day 6: Ashgabat – Kow Ata – Nokhur – Ashgabat
After breakfast we will travel to Kow-Ata lake (Father of caves). It is underground lake which is located in 107 km from Ashgabat city. When you see this lake you will be impressed by magnificent view! The overall length of the cave is about 230 m, height - 20 m and width is about 57 m. The bottom of the cave is made with lumps of dissolved limestone or stalagmites. It is clear and emerald colored. The average temperature of the water is about 33-37°C which allows you to swim in the lake. Then we will drive to Nokhur. It is situated in a small depression valley and mountains of the Kopet Dag Range. You will find houses built with cement and mud. The streets are so narrow and even a small car can drive there with difficulties. The remote valley is populated by the Nohkuri people. They are a little bit different from Turkmen tribes and live in mountainous valleys near the border area of Turkmenistan and Iran. Actually Nokhur is the largest village with the popularity of thousand or two thousand people. Then we will return to Ashgabat city. We are sure you will be impressed by tours in Turkmenistan. Afterwards you will take a rest in the hotel. 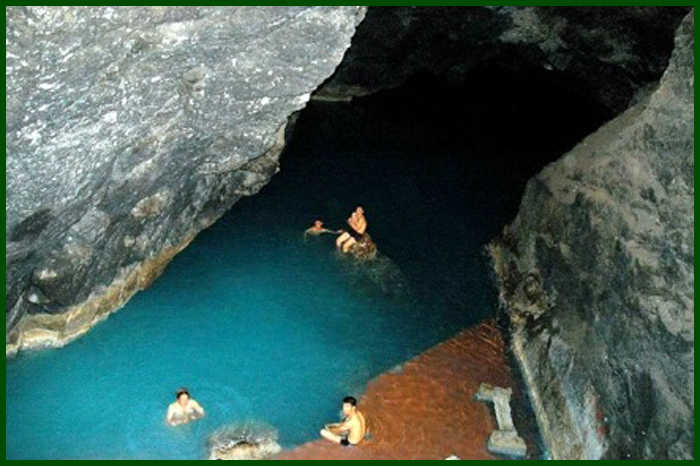 Note: Availability of 2 photos (5×6) at the points of entry.