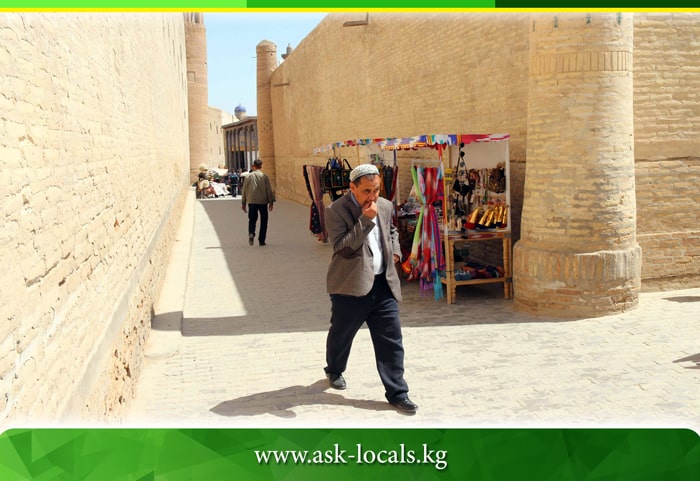 Day 1: Tashkent
You will enjoy city tour of Tashkent, capital of Uzbekistan, during the whole day. First, you will visit Independent square, founded for the honor of the victory over the fascism during the World War II. Later you will have a walk to Amir Timur Square through main Broadway. You will also have an opportunity to ride beautiful Tashkent subway, which started its first line in 1977. By the way, Tashkent metro among the most pretty subways in the world. The highlight of the day is old part of the city: Chorsu Bazar, Kukaldash Madrasah and Hast Imam complex including many madrasahs, mosques and mausoleum. The significant site of this complex is Othman Quran, the most ancient copy of Quran goes back to 8th century. The owner this holy book was Othman Ibn Affan, one of the four righteous Caliphs who came after the prophet Muhammad. He was murdered by his enemy in 8th century. Nowadays, you can see his blood stains spread on the sheets of the book.  You spend night in a hotel.

Day 2: Tashkent – Urgench – Khiva (morning flight)
After your morning flight to Urgench, travel to Khiva to enjoy the city tour of the city. As you probably guess, Khiva is the oldest city among other cities of Uzbekistan. Most remarkable part of the city is Ichan Qala in the middle of the town rounded by thick walls. Famous Ichan –Qala includes more than 400 traditional houses and over 60 masterpieces of architecture at place. They are hundreds years old sound buildings, palaces, mosques, madrasahs, mausoleums, minarets, caravanserais and bathhouses, which give Ichan –Qala unusual atmosphere of medieval city. The most important monument is Kunya –Ark fort constructed by Muhammad Arang Khan in 17th century.  Others are Kalta Minor minaret and Tash Khouvli palace, glorious forms of old Khorezm architectural art of 1830s.  Overnight in a hotel in Khiva.