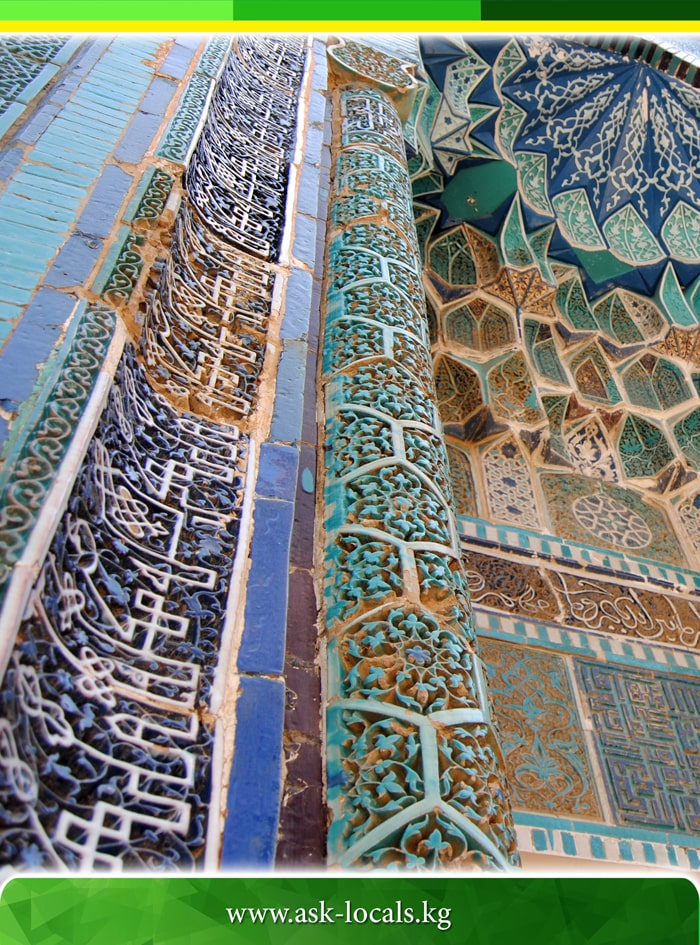 Day 1: Tashkent
Upon arrival city tour of capital city. Your travelling will begin from Independent Square, which was devoted for the honor of the victory over fascist Germany during World War II. It also the main city square, where all major events take place. Then you will enjoy walking on the main Broadway leading to the Amir Timur Square. During the city tour , there is a possibility to sit on the Tashkent metro, which started first line in1977. Along with modern sites, Tashkent has old part of the town, characteristic to other cities of Uzbekistan. It includes Chorsu Bazaar, Madrasah of Kukaldash and famous Hast Imam Complex, which comprise from several madrasahs, mosques and mausoleum. The most significant heritage of Hast Imam is Othman Quran. It the world’s oldest copy of Quran. The owner of holy book was Othman Ibn Affan,who was the Third Caliph of the four decent Caliphs of prophet Muhammad. Later in 8th century he was murdered by non-muslims and nowadays you can still see his blood stains on the papers of book. Night in a hotel.

Day 2: Tashkent– Nukus (morning flight)
The morning flight will take you to Nukus. After arrival, you will embark on city tour, starting from Museum of Savitsky, where the banned works of art are exhibited. This museum hosts 20th century masterpieces of avant-garde like group of Sokolov, Komarovskiy and Amaravella. The head of the Karakalpakstan state museum organized the museum exhibition during 1960s. He bought some of the prohibited paintings from soviet artists; some just gave them free. Until the could exhibit them, he perfectly kept them in remote part of Central Asia. After excursion in extraordinary art-house, you will drive to Mizdakhan necropolis in the outskirts of the town. According to the archeological investigations, it was a city during 4th century BC and 14th century AD. Furthermore, there is Chilpyk, which is 2200 years-old Zoroastrian monument. Stay in a hotel.

Day 3: Nukus – Kungrat – Sudochye – Aral Sea (420 km, 9 hours)
In early morning, travel for a long way to  Aral Sea, the famous sea of Central Asia. During the nine hours, you will drive pass following destinations of Uzbekistan famous route: Nukus - Kungrad - Plato Ustyurt - Sudochye Lake. En route, have a break at Gaur-Kala Fortress, in translation means "fortress of the infidels". It is possible to see some remains of originally 10-meter high defensive walls of fortress, which was built in 4th century BC. Nowadays it hard to say, how the whole building looks like in the beginning. Because it was destroyed over time. You will arrive to final destination Aral Sea at dusk and the camp will be ready while you are exploring the site. You will enjoy open-air dinner and sleep at tent.

Day 4: Aral Sea – Muinak – Nukus – Tashkent (440 km, 9 hours, flight)
You can take beautiful pictures of surrounding in early in the morning. Then continue adventure to beautiful canyons of Ustyurt. Later in the direction of Muinak, within the dried part of the sea. The sea drought dramatically effected the life local settlements nearby. One of the obvious examples is Muinak town. Before it was the biggest port and fishery center of Karakalpakstan. In Muinak, you will see the remains of the ships at the old shore of the Sea and you will also visit town museum. Further, drive back to Nukus and take evening flight to Tashkent. Night in hotel.

Day 5: Tashkent – Flight
Today is the last day of short tour and transfer to airport for your flight.